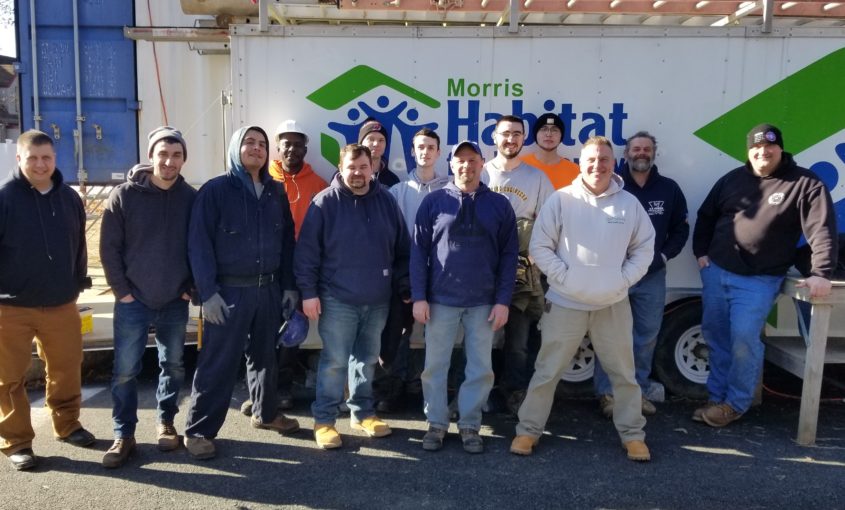 These guys killed it today, what a crew!
All engineers were at least a half hour early on the jobsite and ready to go.
We had two main crews raising and setting walls on two different houses throughout the day.
At one point a third crew left site and assembled and shingled a small scale demo house for tonight’s H4H Gala at the Meadowood in Randolph.
Safety and teamwork were the themes of the day as these guys worked seamlessly to blow the expectations of the two foremen out of the water.
The construction foremen raved, saying they love when they see our guys signed up for projects.
Stephanie and Dawn, the women running the Gala project were also thrilled to have our guys setup for the second year in a row.
Each of these guys has represented Local 68 in the best possible way and I am proud to count them as brothers.